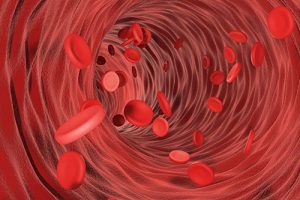 Blocking the function of a blood-clotting protein prevented bone loss from periodontal (gum) disease in mice, according to research led by scientists at the National Institute of Dental and Craniofacial Research (NIDCR) in the USA. Drawing on animal and human data, the researchers found that build-up of the protein, called fibrin, triggers an overactive immune response that damages the gums and underlying bone. The study, which was published in Science, suggests that suppressing abnormal fibrin activity could hold promise for preventing or treating periodontal disease.

At sites of injury or inflammation, fibrin normally plays a protective role, helping to form blood clots and activating immune cells to fight infection. But too much fibrin has been linked with health problems, including a rare form of severe gum disease due to a condition called plasminogen (PLG) deficiency. In affected people, mutations in the PLG gene lead to fibrin build-up and disease at various body sites, including the mouth.

Like humans with the condition, PLG-deficient mice developed severe gum disease, including periodontal bone loss and elevated levels of fibrin in the gums. The mice’s gums were crowded with immune cells called neutrophils, which are also found at high levels in common forms of severe gum disease.

Neutrophils typically defend the oral cavity from harmful microbes. But an excessive neutrophil response is thought to cause tissue damage. To find out if fibrin was driving this overactive response, the researchers impaired its ability to interact with (bind to) protein receptors on neutrophils. The weakened binding between fibrin and neutrophils completely prevented periodontal bone loss in PLG-deficient mice.