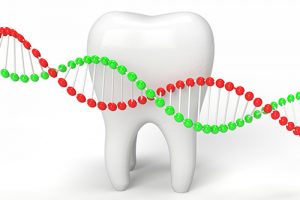 Since periodontitis (gum disease) has been linked to systemic health conditions, including heart disease, diabetes, cancer and Alzheimer’s disease, research is continually being conducted to better understand its causes. To this end, a new Japanese study has interrogated the associations between genetic polymorphisms — the most common type of human genetic variation — oral microbiome statuses, and the development of periodontitis.

A team of researchers spread across several Japanese universities conducted the study. They first performed a cross-sectional analysis, during which they genotypically analysed 14,539 participants and carried out saliva sampling of a group of 385. Of this group, 22 individuals were retained for the study and divided into a periodontitis group and a control group based on their periodontal status.

The researchers explained that the development of infections, oral or otherwise, is affected by genetic differences among individuals, as these differences can affect susceptibility to certain pathogens and the likelihood of contracting certain diseases.

Upon examination, the research team found that the beta diversity of the microbes — the ratio between regional and local microbe species diversity — was significantly different between the periodontitis group and control group. Two bacterial families (Lactobacillaceae and Desulfobulbaceae), as well as the bacterium Porphyromonas gingivalis, were found only in the periodontitis group. However, no relationship was found to exist between genetic polymorphism and periodontal status, suggesting that the make-up of one’s oral microbiome plays a greater role in periodontal health than genes do.

The study was published the International Journal of Environmental Research and Public Health.