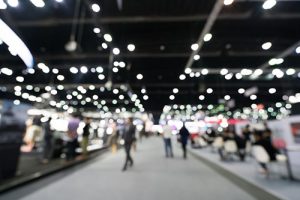 A total of 830 companies from 59 countries participated in the International Dental Show (IDS) 2021 in a gross exhibition space of 115,000 m² in Cologne, Germany. There were 228 exhibitors and five additionally represented companies from Germany, together with 591 exhibitors and six additionally represented companies from abroad. The foreign share of company participation was 72%. Including estimates for the last day of the fair, more than 23,000 trade show visitors from 114 countries attended IDS 2021. Of these visitors, around 57% came from abroad — from Europe, especially Italy, France, the Netherlands and Eastern Europe, as well as from the Middle East and overseas.

This IDS was the first to be held in a hybrid format, so that visitors who were unable to travel owing to restrictions were still able to participate digitally. IDSconnect, the digital platform of the fair, featured 77 exhibitors from 16 countries with 88 daily contributions and 1,310 minutes of broadcast time. Oliver Frese, chief operating officer of Koelnmesse, commented on the hybrid format in a press release: “We offered the physical meeting place here in Cologne in the exhibition halls and, in addition, the digital platform IDSconnect with added opportunities for presentations and networking, which was very well received”.

Mark Stephen Pace, chairman of the executive board of the Association of the German Dental Industry said: “Optimism has returned within the international dental family. We held intensive discussions with interested visitors and most of them ultimately came to make investment decisions”.