Skip to content
Previous Next
The origin of complex teeth

The origin of complex teeth 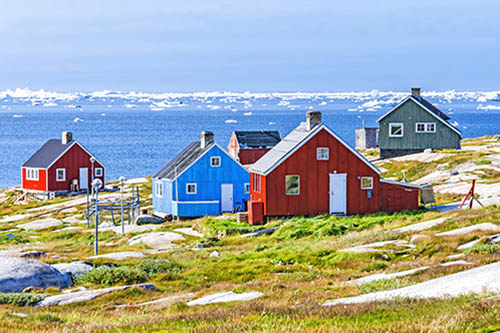 Scientists from Uppsala University in Sweden have described the earliest known example of dentary bone with two rows of cusps on molars and double-rooted teeth. The new findings offer insight into mammal tooth evolution. The results are published in the scientific journal PNAS.

The first mammals originated in the Late Triassic period, around 205 million years ago. One unique characteristic of the lineage was that they developed complex occlusion. Close ancestors to mammals, called mammaliaforms, developed rows of cusps on molar-like teeth adapted for more omnivorous feeding. The origin of this multi-cusped pattern and double-rooted tooth has thus far remained unclear.

A team of scientists led by Grzegorz Niedzwiedzki have investigated the jaw anatomy and tooth structure of a recently described new mammaliaform species named Kalaallitkigun jenkinsi. It was discovered on the eastern coast of Greenland and was a very small, shrew-like animal. It lived during the Late Triassic, around 215 million years ago.

Kalaallitkigun jenkinsi exhibits the earliest known dentary with two rows of cusps on molars and double-rooted teeth. The researchers believe that the structural changes in the teeth are related to changed feeding habits. In this case study, the animals were switching to a more omnivorous/herbivorous diet and the tooth crown was expanding laterally. Broader teeth with “basins” on the top surface are better for grinding food.

The biomechanical analysis that was carried out within the study found that multi-rooted teeth are better able to withstand mechanical stresses compared to single-rooted teeth. Human teeth, for instance, have this characteristic.